No need to delay fertility treatments, but take precautions in protecting yourself from Zika 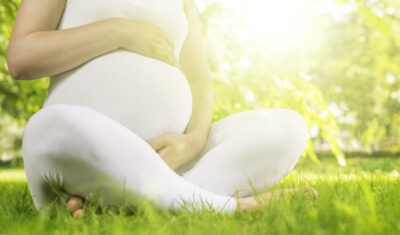 A lot of my patients are concerned about the Zika virus and whether it is safe to get pregnant. They ask me if they should hold off attempts to conceive until more is known about it or until a vaccine is available.

Fortunately, the Zika virus is not an immediate danger to most American women and does not warrant hitting pause in your efforts to conceive. You should however, arm yourself with information about the virus to avoid harm to you and your future baby.

The Zika virus, which is part of the same family of viruses as West Nile and Dengue virus, lives inside the Aedes mosquito and transfers to humans during a bite. Zika was first discovered in humans in 1968, but there has not been a significant outbreak until one occurred in Brazil in 2014. The viral infection itself, which can sometimes be mistaken for a cold or flu, is relatively tame and symptoms are gone after about two weeks.

What we know about Zika

The Zika virus is actively spreading and is now present in the United States in Florida. Scientists are constantly learning more about its behavior and effects. There is not cause for panic, but rather an increased awareness of what Zika is and how you can prevent contracting the virus.

Zika exploded into the mainstream media when its occurrence was potentially linked to a rise in a specific birth defect seen in children whose mother had the virus for any amount of time during pregnancy. The birth defect, known as microcephaly, has a very negative impact on brain and head size as well as cognitive function.

The link between Zika and microcephaly has since been scientifically confirmed, and Zika is associated with a handful of additional birth defects. In a recently published article in The Journal of The American Medical Association, this group of defects was defined as congenital Zika syndrome. The syndrome includes:

The virus has primarily been spread by mosquitos, but it can also be sexually transmitted. For this reason, the World Health Organization recommends that people visiting a Zika-affected area practice protected sex for six months following their visit.

Zika precautions you should take

Even though the risk is low, I find that — especially in my patients who are struggling with infertility — this is a risk they would like to avoid. Fortunately, there are steps you can take to minimize your risk of exposure to Zika. If you are actively trying to get pregnant, including infertile patients considering advanced reproductive procedures, you should avoid travel to affected areas.

When in doubt, ask it out

The CDC keeps its website (CDC.gov/zika) up to date with all Zika virus developments and figures of transmission in affected countries. Although the immediate threat of Zika virus in Colorado is minimal, conditions can change quickly. Fortunately, our beautiful state is nice and dry, and generally not conducive to mosquito propagation!

It’s important to be aware of how to best protect yourself and your future baby. If you are ever in doubt about the health of your pregnancy, talk to your provider immediately.