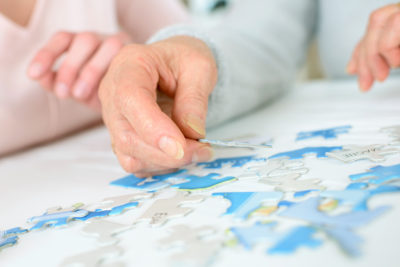 This past week I was honored to be the Visiting Professor at Northwestern University for their resident’s research day. Residents in OB-GYN at most major medical centers are required to complete a research requirement, and the 10 talented young women at Northwestern really did their institution proud.

In return for the treat of being the outside evaluator of their presentations, my role was to give a lecture. The topic I chose was a discussion on the Women’s Health Initiative’s principal research findings, which will be 10 years old as of July 2012.

Few studies have inspired more controversy than the WHI. It was originally designed as three overlapping clinical trials that were designed to test three interventions designed to prevent or delay common conditions that contribute to disability and death in postmenopausal women.

The three trials tested the ability of:

The other two clinical trials were overshadowed by the hormone trial, and the findings have been all but forgotten. At the 10 year mark, it’s a good time to take stock of where we stand in these pivotal areas in women’s health.

The low-fat diet trial required women to stick to an eating plan in which 28% or fewer of their daily calories came from fat.  This required a great deal of discipline on part of the participants, and is a tribute to the tremendous effort of the dietitians who worked tirelessly to come up with recipes, ideas and encouragement.

At the end of five years of treatment, a decrease in breast cancer appeared, but was not statistically significant.

The bottom line? Unless you think you can stick to a substantially lower dietary fat intake, there is not much point in modifying your diet for the purpose of reducing heart disease.  Women at high risk for breast cancer might derive some benefit in terms of reduced risk.

The calcium/vitamin D trial required women to take calcium supplements and vitamin D (400 units daily) to see if fractures could be prevented.  There was a small effect on fracture.

The findings? Calcium and vitamin D have limited effectiveness on fracture prevention.

The hormone trial tested estrogen (conjugated equine estrogen—given only to women who had a hysterectomy) with or without progestin (medroxyprogesterone acetate, or Provera—given to all women who had a uterus) against placebo and noted that instead of the expected decrease in heart attacks or heart disease, there was a slight INCREASE in heart attacks in the women who took hormones.

One of the messages that was lost in the confusion surrounding the WHI is the impact of estrogen alone on breast cancer in women who had had hysterectomies.

About 25 percent of women in the United States have undergone a hysterectomy, and if these women take hormones for menopausal symptoms, there is no need for them to take anything other than estrogen.

In a second unexpected twist, the women who took estrogen alone had a decrease, not an increase in their risk of breast cancer.  Follow up of these women over the eight years following the primary study results indicates that this risk reduction is enduring and does not go away over time.

Other risks of estrogen alone in the group of women who had a hysterectomy were similar to the risks with estrogen plus progestin.  The blood clot risk was lower in this group, too, and not statistically significant.

Does this mean that estrogen lowers a woman’s risk of breast cancer?  Well, no.  We know that estrogen encourages the growth of breast tissue and when growth goes unchecked, then cancer can ensue.  So the apparent protection against cancer in this group remains a mystery.

So the assumption (by some) that Provera is responsible for the increased breast cancer risk in women who took estrogen plus progestin is an oversimplification.

So are we older and wiser at the 10 year mark?  Certainly!  However, good research leads to new questions, and the WHI has given us lots to think and learn about for years to come.