The argument for vaccination has science on its side. 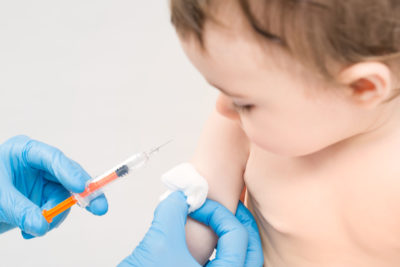 Dr. Maurice Hilleman, a microbiologist, is credited with saving more lives than any other person on the planet.

Do you know how he did it?

He developed an extraordinary number of vaccines. Working at Bristol Myers Squibb and then Merck, he invented vaccines for influenza, mumps, measles, hepatitis B, and hemophilus encephalitis, among others.

As Americans, we see few dreaded infectious diseases anymore. Mass vaccination campaigns beginning in the 1950’s resulted in the worldwide eradication of smallpox in 1980 and drastic reductions in many other diseases that used to kill our children and our elderly. In 2012, there were less than 300 cases of polio worldwide.

By examining the table above, you can appreciate that there is a wide variation in the deadliness of the diseases we routinely vaccinate for.

We continue to recommend vaccination to prevent common diseases with low mortality rates. By vaccinating children and adults against these common conditions, further loss of life is prevented.

However, as we get smaller and smaller benefit and as we see fewer and fewer fatalities, there has grown a ‘movement’ of individuals who refuse to vaccinate their children, because they believe that the risks of vaccination outweigh the benefits.

The ‘anti-vaccinators’ rely on information from a variety of relatively non-scientific sources. They raise a number of objections to vaccination, but their actions mostly appear, at least to me, to be based on a sense of deep suspicion about the purity of the vaccines and questioning of the benefit of vaccine-induced immunity as opposed to naturally acquired immunity from exposure to the disease in the environment.

There are several reasons why the ‘anti-vaccinator’ arguments do not hold water. As you can see from the table above, there is a known case fatality ratio, even for diseases we view as ‘innocuous’ childhood diseases, such as chickenpox or measles.

The risk of a severe, life-threatening reaction to a vaccine is lower than the risk of death from the disease; they range from 1/100,000 to 1/600,000 (these are reviewed nicely by the CDC’s Vaccine Side Effects, Adverse Reactions, Contraindications, and Precautions. The math, hands down, favors vaccination.

There is another important reason to consider vaccination as a responsible societal act. The individuals who are usually most susceptible to infectious diseases and most likely to die if infected are the very young and the elderly.

Protecting one’s children against disease also serves to protect other, vulnerable populations from getting sick and possibly dying as well. It is very difficult to determine the magnitude of benefit when disaster has been averted. We have become accustomed to these benefits, and we rely on others to be vaccinated to protect us when we are most vulnerable.

The good thing about science is that it’s true whether or not you believe in it. Neil de Grasse Tyson

We indirectly protect others from contagion because we are immune and cannot carry or transmit the disease. We also indirectly protect those who refuse to vaccinate their children, because we will not carry disease to them, either. Not only do the ‘anti-vaccinators’ passively benefit from my actions to vaccinate my children, they go further and rail against the vaccinations themselves! And yet, their actions appear doubly selfish because, by avoiding vaccination, they also risk the health of others who may be more likely to suffer grave harm from contracting an infectious disease.

I don’t want to go into the specific arguments that ‘anti-vaccinators’ make because I find them impossible to accept scientifically. I believe there is anger and deep suspicion behind these actions, and I do not see much hope for engagement. I think that the sense of compassion that motivated the early vaccination campaigns, based on first-hand knowledge of the ravages of these diseases, has been lost as we have wiped them out—by successful vaccination! It seems we are victims of our own success.