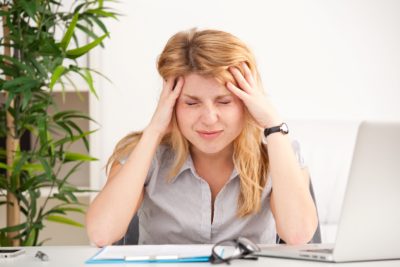 For the majority of women, menopause is a natural transition that does not appreciably affect their ability to cope with daily living.

I don’t know about you, but sometimes I feel less than charitable towards that majority! My own menopause left me with a short-term memory deficit that has since improved, but my memory has not gone back to what it once was. Moreover, my near-perfect ability to see a patient of mine and remember her name immediately—is gone for good. I struggle mightily to conjure up names, and they are just not there.

Most menopausal women, upon losing their car keys (or wandering into a room of the house, only to stand there, perplexed, unable to remember why they got up and went into that room), feel a sense of loss and alarm at these cognitive symptoms. They worry that they are getting Alzheimer’s Disease, and fast-forward to a nursing home future. Yet, such symptoms are completely normal and seen in both men and women in association with aging.

The relationship between hormones and memory is not well understood, but the withdrawal of estrogen that is characteristic of the latter part of the menopausal transition (when women start skipping menstrual cycles) is associated with more short term memory difficulty. This can be severe in some women, and causes great concern.

A failure to remember appointments, items on shopping lists, or facts that you have just read, can be disturbing. A patient once told me that the experience that had motivated her to come to my office was the morning when she had to ask her husband to tell her how the movie they had both watched last night had ended! Needless to say, she was very relieved to hear that this kind of experience is not so unusual.

For others, working memory gets disrupted, and an inability to perform what is called ‘executive function’ types of tasks gets disrupted. Women who had previously had no problem organizing their thoughts into writing now find that some days are just impossible for them to write. Others find that prioritizing tasks and motivating themselves becomes a major challenge. Working memory disruption may be more linked to physical problems that accompany menopause, such as sleepless nights, and bodily discomforts (such as relentless hot flashes) that are distracting and erode one’s ability to control information inflow. The result can be information overload and mental paralysis of sorts.

If you are menopausal and suffering from these kinds of cognitive issues, you should take heart and recognize a few things:

Well, that’s all for now. I have to go…somewhere, but, um, I can’t find my car keys…