While we all understand the importance of breast cancer screening, when to start getting mammograms and how often to get them is still widely debated. 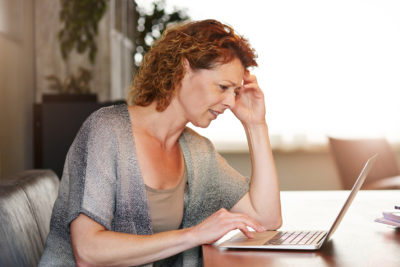 In 2017 the American Congress of Obstetricians and Gynecologists (ACOG) released a response contradicting breast cancer screening guidelines set forth by the U.S. Preventive Services Task Force. For some of my patients, this news undoubtedly caused anxiety and confusion. They’ve unfortunately become accustomed to sorting through conflicting opinions regarding how often they should be getting mammograms.

However, this particular batch of guidelines does something very important that sets it apart from many others. Rather than drawing hard and fast rules, it prescribes broad guidelines while placing a strong emphasis on the relationship between a woman and her OB-GYN.

In this relationship, the doctor and patient are encouraged to arrive at a shared decision based on each woman’s individual characteristics, risk factors and medical history. This shared decision should be steered by the general recommendation that women at average risk should receive a mammogram every 1-2 years starting around age 40. In other words, these guidelines officially recognize that there is not – and should not be – a one-size-fits-all answer to the question, “How often should I be getting a mammogram?”

Let’s set up a time to discuss the best approach for mammogram exams.

It is an undisputed fact that mammograms have significantly lowered the number of breast cancer deaths in the United States. Just over 12 percent of all American women will develop breast cancer at some point, and it accounts for 15 percent of all new cancer diagnoses each year.

Yet despite its prevalence, the five-year survival rate for breast cancer patients has hovered around 90 percent for the past two decades (up from about 75 percent in the ’70s and ’80s), due in large part to the widespread adoption of regular mammogram screenings. When breast cancer is found in its earliest, localized stage, the five-year survival rate jumps to nearly 99 percent.

Why all the debate about mammograms?

If mammograms significantly lower the rate of breast cancer deaths, why don’t we simply encourage every woman to get one each year during her well-woman exam? Because like many medical exams, mammograms do have some associated risks.

First, while mammogram technology continues to improve, it is not a surefire way to diagnose breast cancer if an abnormality is found. An abnormal mammogram result will almost certainly cause some emotional stress for the patient, even if it turns out not to be cancer.

If further testing is ordered beyond the mammogram itself, a woman may have to spend more time and money to undergo more procedures, often only to learn that the suspected abnormality was benign. Worrying over a potential cancer diagnosis and the unpleasant experience of further testing once an abnormality is found may discourage a woman from getting more mammograms from that point forward.

Second, the imaging technology used in mammograms delivers a small dose of radiation. In the most recent research regarding radiation and mammographic screening, this risk has been shown to be miniscule.

Some other commonly cited risk factors and drawbacks include overdiagnosis, overtreatment, pain and discomfort experienced during the mammogram (this is usually very mild, but still worth noting), and the limited ability of mammograms to detect certain types of breast cancers.

My advice to my patients

I stand by the general ACOG recommendation for annual mammograms at age 40 because I believe the benefits of early detection outweigh the associated downside of more frequent mammograms. The ACOG guidelines underscore an important concept that should be at the center of women’s healthcare: patient empowerment and shared decision making. My goal is to equip my patients with information about their health so they can make the decision that’s right for them in regard to when to start receiving a mammogram and how often to follow up.

It is important to be aware of the risk factors associated with mammograms, but they should not stop a woman from doing what’s right for her health. In most cases, the risks do not come close to outweighing the benefit of ensuring that breast cancer is detected early and in its most treatable stage.

My advice to a patient with no family history of breast cancer or medical indicators of increased risk may be different than that given to someone with known genetic risk factors or a patient who has a mother or sister who had breast cancer.

Even though breast cancer screening guidelines are often confusing and contradictory, a patient’s mind can be put at ease by developing an ongoing relationship with her OB-GYN that allows her to make educated and empowering health decisions. 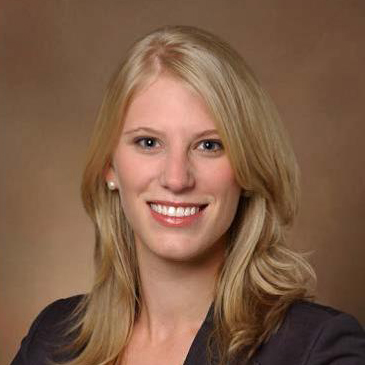 Dr. Liss chose to become an OB-GYN because she appreciates that she gets to serve women at distinct and important times in their lives. Her approach to treating patients is centered on understanding the core values and goals of each individual.