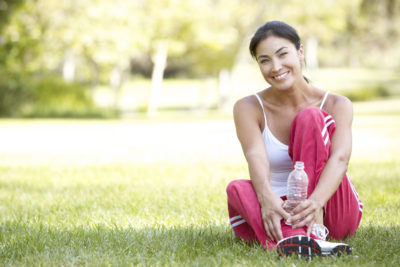 It’s a slow news week for menopause, but not in my circle of friends and relatives!

We just celebrated my mother-in-law’s 90th birthday with a big family party. My mother-in-law has Paget’s Disease of the pelvis, and had been taking Fosamax for about ten years when her doctor had her go on a ‘drug holiday.’

That was about 3 years ago, and her bone density has been relatively stable since then. Paget’s Disease of the bone affects up to 10 percent of women over age 80. It causes excessive bone resorption, but as opposed to the much more common postmenopausal osteoporosis, this process happens only in selected areas of certain bones.

To understand both of these problems, it’s important to understand how bones are made, and how they are maintained. The processes of bone formation and bone resorption are coupled to each other. When all is well, and growth has ended, bone is formed at a rate exactly equal to the rate at which it is resorbed.

These two processes are happening at different areas of the bone, but over time, bone remodeling occurs. When these processes are in perfect alignment, they keep bony tissues healthy throughout the body. I think of it like a highway repair system: work teams do surveillance and fix the potholes and cracks periodically, maintaining the integrity of our roads.

After menopause, in many women, the loss of estrogen leads to a slight excess of resorption over formation, but both processes are still ongoing. The net effect, over time, is bone loss. If the bones were relatively weak to begin with, or resorption is happening rapidly, a woman will develop osteopenia or osteoporosis.

These conditions differ only in degree, with osteoporosis being the more serious condition. They are important problems because thinning of the bones can lead to a greater risk of fracture. Elderly women are typically terrified of fractures, and rightly so. Hip fractures are a common cause of death in the elderly, and a frequent reason for a loss of independent living.

In Paget’s Disease, the cells that cause bone resorption, the osteoclasts, singularly misbehave. They become activated in certain areas of bone and can cause those bones (often the pelvic and skull) to develop painful lesions. The key to arresting Paget’s Disease is to inhibit those osteoclasts. Alendronate (Fosamax) and other bisphosphonate drugs (risedronate [Actonel] and many others), do just that. They bind to sites in osteoclasts and keep them from eroding bone tissue.

The bisphosphonates were a breakthrough in the treatment of osteoporosis and osteopenia in postmenopausal women. By inhibiting osteoclasts, they decrease resorption. By decreasing resorption, they bring the equation of formation = resorption towards zero, slowing bone loss. Bisphosphonates were one of the very first non-hormonal tools that could control bone loss in menopausal women. Their safety record was awesome for about 15 years. If you didn’t get heartburn, and your kidneys were healthy, they appeared to have very few contraindications and virtually no complications.

Over time, the use of bisphosphonate drugs increased, and doctors began questioning why we should wait until women had osteoporosis to treat them for bone loss. After all, there were no known drugs that could actually increase bone formation — all we could do was stop women from losing any more. If we waited too long, we would miss women who had already developed severe osteoporosis before we ever screened them. Why not screen and treat earlier?

Only a few dissenting voices could be heard among the enthusiasts. Typically, these were the doctors who had done the most research on the science of bone. They appreciated the see-saw equation of formation and resorption and worried that if you inhibited resorption, you would also inhibit formation, and over time would reduce or even halt bone turnover, a condition called adynamic bone.

There wasn’t much attention paid to these killjoys until the reports began to accrue about just this type of fracture. The initial information was reported by dentists, when women who were taking bisphosphonates and had jaw fractures or dental implants or other procedures that involved bone growth for proper healing…did not heal. Then the femur (thigh bone) fractures started to appear. These fractures are usually found in women who have taken the highest doses of medication for the longest time.

I am musing on this problem because on the way to my mother-in-law’s party last weekend, two good friends, a married couple, were walking from the parking lot to the restaurant, and the wife tripped on the sidewalk…and broke her hip! My friend, whose mother has severe osteoporosis, had been treated with Fosamax for over 10 years. She suffered a hip and femur fracture, and just had her bones set. Unluckily, she has developed adynamic bone. They are predicting a long recovery.

So what are the lessons we can learn from my mother-in-law and my friend? First of all, it’s a great idea to do everything you possibly can to avoid having to take a medication for osteoporosis. Make sure you are taking in enough calcium (the National Osteoporosis Foundation Website has the calcium content of most foods on it—I find it very handy: www.nof.org).

It’s best to get calcium through the diet. Recent studies indicate that women who take lots of calcium supplements might be at a slightly higher risk of heart attacks. There’s no point trading one problem for another! Women should aim for about 1200mg of calcium a day. It’s important to remember that your body won’t absorb all of your daily calcium in one meal — so most of the time, calcium should be taken with food and if you are taking in more than 600mg, it’s unlikely that you will absorb the excess.

Weight bearing exercise is a terrific preventive. Forty-five minutes a day, most days of the week, walk, run, or do step aerobics. Swimming and biking won’t do.

Make sure you are getting enough vitamin D. If you hate milk as much as I do, this means you may need a supplement—vitamin D3, 1000-2000 units a day is plenty for most women. Get a bone density checked, especially if you have risk factors or relatives with osteopenia or osteoporosis.

Even if you have no risk factors, it is recommended that ALL women get a screening bone density test by age 65. A shout-out to women of color: don’t assume you can’t get osteoporosis. Darker skinned women tend to have lower levels of vitamin D, and this factor can combine with other osteoporosis risk factors to cause the disease.

Finally, you should know your own risks for fracture. The FRAX algorithm factors in a number of factors that influence your fracture risk. It’s one thing to worry about bone density, but thin bones won’t break unless you fall. Preserving muscle strength and balance will help prevent a fall, as will making your home safer by avoiding common household hazards. Area rugs, slippery steps, and bathroom mats should all be addressed. Shower rails can be installed inexpensively.