Women of Colorado! Stop the insanity!

Within the past year, I have seen smart, professional women who really ought to know better endure the following horrors: 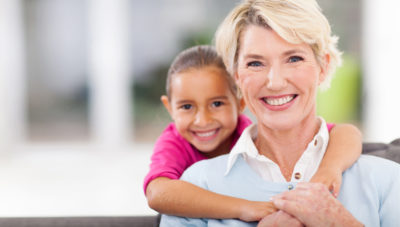 It’s time to take stock of exactly what you are putting into your body and why. All of these women believed that they were taking something ‘natural’ that was a reasonable alternative to mainstream medicine, and all of them have suffered as a result. How did we get here?

How many of you are aware of the DSHEA Act of 1994? The ‘bioidentical hormone’ movement is an unintended consequence of this legislation. DSHEA stands for ‘dietary supplement health and education act’ and its purpose was to exempt substances that were considered dietary supplements, such as vitamins and herbs, from FDA oversight.

This was an important distinction to make, because the FDA requires relatively stringent standards for efficacy and safety. While we all may have issues with the FDA’s effectiveness and oversight, it’s arguably the best system in the world. All drugs must go through this process to get the stamp of FDA approval, a process that usually costs millions of dollars and takes up to 10 years or more.

The thinking behind the DSHEA Act was that it would be un-American to make the consumption of herbs that you could grow in your back yard, or other relatively unprocessed substances that you would eat (note that the words dietary supplement are specified) regulated by the government. The Act was viewed as a triumph of the individual over the government, a value that is prized in our society.

It hasn’t quite turned out that way. We now know that many of the purveyors of dietary supplements are subsidiaries of big pharma companies and have the same goal as big pharma: to sell you their product. The DSHEA Act took a very broad view of ‘supplements’ and for reasons that are not entirely clear, compounded hormones that are NOT eaten but are rubbed into the skin, injected or given as pellets are considered supplements.

What this means, practically speaking, is that the concept that you are using a cooler, artisan, hipster version of medication when you undertake treatment with ‘bioidentical hormones’ is bunko. You are probably taking a big pharma created product under a Mom and Pop name. The only difference between the ‘bioidentical’ product and the big pharma product is that there is no need for proof of claim and no need to demonstrate safety and efficacy of the ‘bioidentical’ product. It’s the Wild West of pharmaceutical practice.

The only basis for which the FDA will intervene to regulate a ‘dietary supplement’ is if there is reason to suspect it is causing harm. The FDA has intervened in three instances:

The stage was set for the ‘bioidentical hormone movement’ well before its spokesmodel, Suzanne Somers, ever went through menopause (see the blog Predatory Methods & Menopause). The kindling was ignited when the Women’s Health Initiative (WHI) study reported its principal findings in 2002 and 2004. Despite a long-held belief that the hormones estrogen and progesterone somehow kept women young and maintained their health, this study clearly showed that they do not live up to this promise, and that they have some health risks that are not easily dismissed.

Within a week of the first report, in 2002, manufacturers of alternative hormone preparations upped their game and started to promote their hormones as superior to the ‘bad’ hormones used in the WHI. There was no basis for this claim, other than that it could not be disproved. Hormones act by binding to receptors in the body. The body’s ability to distinguish different estrogen or progesterone preparations from each other is not likely for most of their primary effects.

The perils of truthiness

Ten years later, there is still no basis for this claim, and it still cannot be disproved, because the purveyors of alternative hormones have been enabled by the DSHEA Act of 1994 to avoid ever having to attain FDA approval. This means that they never need to demonstrate safety and efficacy.

They can just continue to make claims of varying truthfulness, and point to a lack of evidence of harm. If your product is unregulated and you never do any safety or efficacy studies, it stands to reason it will be difficult to ever find out if it has caused harm. And on and on it goes. I like Stephen Colbert’s word for this kind of mind-numbing lack of clarity: truthiness.

Such truthiness is the reason why women are taking doses of testosterone that make their hair fall out. It’s why they’re allowing practitioners to insert pellets containing a mixture of hormones into their skin, where the hormones continue to be released for months on end. It’s why women who wouldn’t consider taking horse estrogen ever are taking high doses of pig thyroid hormone that, again, makes their hair fall out and reduces their bone density, all in a misguided effort to combat menopausal symptoms.