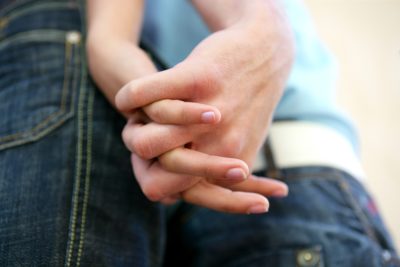 The U.S. Department of Health and Human Services maintains a calendar of national HIV/AIDS Awareness Days to keep the conversation about HIV and AIDS going throughout the year. National Women and Girls HIV/AIDS Awareness Day occurs in March and was the inspiration for this blog post. Women’s History Month is also in March, which may or may not be coincidental.

HIV/AIDS testing in pregnancy is now routine. Early in your prenatal care, a panel of routine tests is recommended, and because the Centers for Disease Control calls for routine HIV testing for all adults, an HIV antibody test is included in that panel.

Get tested for your health

There are plenty of reasons to test for HIV during your pregnancy. At baseline, the fact that you have presented for care is a sign that you want the best possible outcome for you and for your baby. Enrolling in prenatal care makes HIV testing and counseling possible in the first place.

The fact that you are pregnant usually means that you are sexually active, and therefore at risk for contracting sexually transmitted diseases, including HIV. Many women who are HIV positive do not know this. In 2011, epidemiologists in the United Kingdom estimated that 25 percent of individuals with HIV were not aware of their status. Universal screening is therefore recommended.

Get tested for your baby’s health

The good news is that these rates can be dramatically reduced with therapy. Early studies in the 1990s using comprehensive protocols for AZT given to the mother and to the baby reduced transmission risk to 8 percent. New therapies and regimens have reduced the risk to 2 percent.

Get tested for your partner’s health

In the words of Ronald Gray and Maria Wawer of Johns Hopkins University, “estimating the probability of human immunodeficiency virus (HIV) infection per coital act has been the holy grail of HIV epidemiology for (over) two decades.” A number of factors appear to influence this rate, including the stage of HIV disease in the infected partner and his or her HIV viral load, co-infections such as herpes, circumcision in the male partner, and condom use. In the United States, male to female transmission rates appear to be higher than female to male rates. But neither rate is zero. Knowing your own status helps you and your partner make informed decisions about physical intimacy.

You would want your partner to do this for you as well.

Sources and Additional Information: There are many excellent sources of information about HIV/AIDS available online. All were accessed by this author on March 18, 2013.  These include:

Blog Post by Sonya Erickson, MD, March 26, 2013. This article is written for informational purposes only and does not constitute medical advice. This year, National Women and Girls HIV/AIDS Awareness Day was March 10.