Well-founded research should be the guiding force behind every doctor’s medical decisions, but that’s not always the case.

You might be surprised to know that it’s been less than two centuries since we humans learned that the spread of infection and disease can be significantly reduced by washing our hands. Before “germ theory,” it was believed that disease was spread through miasmas or “bad air.”

In 1846 an Austrian doctor by the name of Ignaz Philipp Semmelweis supervised the maternity clinics at Vienna General Hospital, and he was the first physician who demonstrated the importance of handwashing. Semmelweis realized that one of the clinics had a higher maternal death rate than the other. Four percent of women died from childbirth in the first clinic, while 10 percent died in the second clinic!

By carefully evaluating the differences between the two clinics, Semmelweis realized that the clinic with the higher mortality was staffed by physicians who also performed autopsies between deliveries. He speculated that the physicians in the second clinic were carrying diseases from the deceased bodies into the delivery rooms with them, so they were unintentionally infecting the women giving birth. After he created a new rule that required that all doctors scrub their hands with a chloride and lime solution before entering the maternity clinic, the mortality rate dropped to the same level as the other clinic.

While Semmelweis’ experiment was not a formalized study by today’s standards, it is considered an early example of evidence based medicine. The key concept is the willingness on the part of doctors to change the way they do things in response to new evidence and discoveries.

So, what is evidence based medicine?

Evidence based medicine is an approach to healthcare that relies on research and data from well-designed scientific studies to drive decisions related to patient treatment. It’s a philosophy that we firmly stand behind here at the University of Colorado.

As an educational institution, we are actively involved in medical research and clinical trials, as well as the development and adoption of new treatment methods. The key point here is that both our routine methods of treatment as well as new treatments are all based on solid science.

At first glance, it might come as a surprise to you that there are other ways to approach healthcare outside of this evidence based concept. After all, shouldn’t doctors always rely on strong scientific evidence when making decisions about patient care?

In an ideal world, yes. But not all providers keep up with the latest advances in medicine.

A recent case in point: Evidence-based medicine and episiotomies

If an OB-GYN graduated from medical residency in the 1970s, his or her professors and mentors would have performed a procedure called an episiotomy on around 60 percent of women giving birth vaginally. An episiotomy is when the skin between the vagina and anus is cut during delivery.

The theory was that the cut to create more room for the baby would heal more easily than the tears that otherwise usually occur naturally during a vaginal birth. Our imaginary OB-GYN soon began practicing medicine and he, like his colleagues, might have performed this procedure on more than half of his patients.

Now, what does the latest medical evidence tell us about episiotomies?

A 2005 study published in the Journal of the American Medical Association (JAMA) found that 30 to 35 percent of births in the United States involved an episiotomy, notably decreased from the 1970s. The study also firmly concluded that episiotomies should be abandoned as a routine practice, stating: “Evidence does not support maternal benefits traditionally ascribed to routine episiotomy.”

On the heels of this study came a 2006 bulletin from the American College of Obstetricians and Gynecologists (ACOG) advising that OB-GYNs discontinue the routine use of episiotomies. This bulletin successfully helped to change routine obstetric practice, as by 2012 just 12 percent of births in the U.S. involved an episiotomy. Certain circumstances do remain that merit the procedure. But these situations are not the routine.

Asking your OB-GYN what percent of his or her patients receive an episiotomy could be one way to assess if the doctor follows the most current recommendations regarding this procedure. The episiotomy rate at the University of Colorado Hospital is well below 1 percent!

An ongoing commitment to providing treatment backed by good science

Following his handwashing discovery at the Vienna hospital, Dr. Semmelweis went on to publish literature that was extremely critical of the standard hygiene practices of his obstetrician contemporaries. Unfortunately, Semmelweis’ discoveries were mocked and dismissed by his profession, and his career was destroyed.

We have definitely come a long way since learning that we need to wash our hands!

Basing our medical practice on current science is the norm at the University of Colorado. And we look forward to future advances and discoveries as we continue to care for our patients now and in the future. 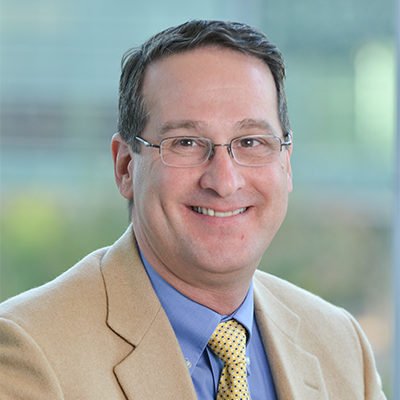 Dr. Rotholz treats a broad range of patient needs and has a special interest in pregnancy, reproduction and women’s health. He has served in the obstetrics and gynecology field for over well over two decades.