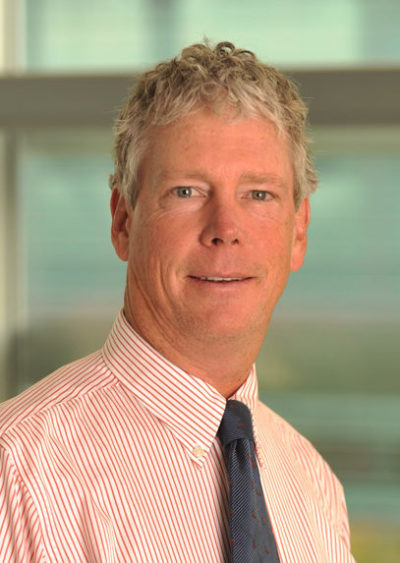 Dr. Chesney Thompson received his undergraduate degree from Yale University and his medical degree from Weill Cornell Medical College, going on to participate in the University of Chicago Residency Program in Obstetrics and Gynecology. He was named the ASCCP (American Society for Colposcopy and Cervical Pathology) mentor in colposcopy and received the University Hospital Physician Award in 2004.

Dr. Thompson has a special interest in lower genital tract disease and dysplasia of the cervix, vagina and vulva. He also specializes in infections of the female genital tract.

Dr. Thompson chose Obstetrics and Gynecology because of the broad scope of primary care, surgical and obstetric procedures that allow him to interact with patients. His personality and patience are his greatest strengths and he willing to work with patients, listening to their concerns.

Dr. Thompson is proud to be the chief of the general Obstetrics/Gynecology division of University of Colorado and enjoys the breadth of activities ranging from the clinic to the operating room. Dr. Thompson’s collective efforts are part of a larger effort to improve women’s health.

“I involve my patients in the treatment process. I feel my role is to educate them on the options available to them and allow them to take an active role in making important decisions about their care.” Dr. Chesney Thompson